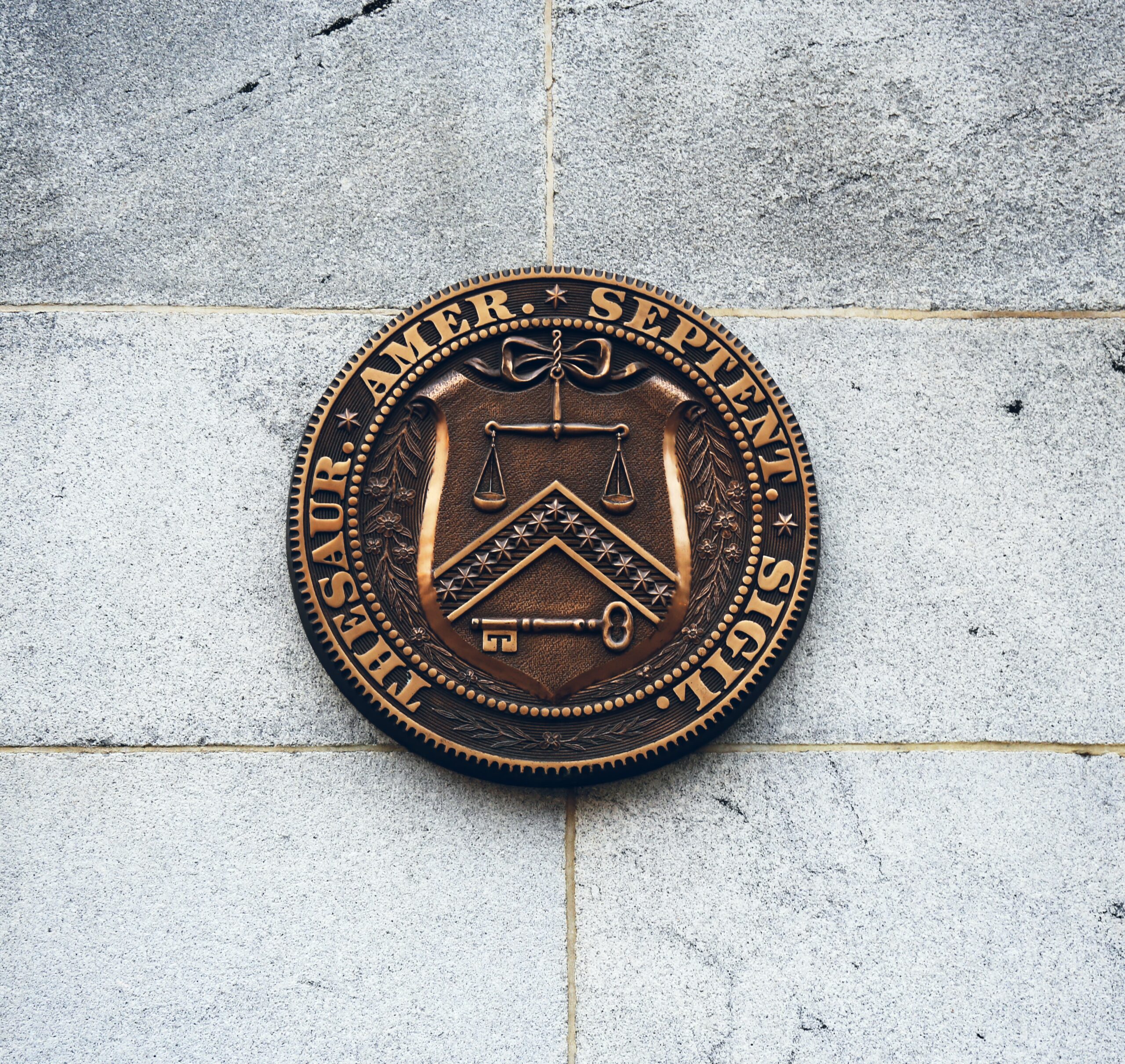 The Past, Present and Future of 1031 Exchanges

Too often, taxes are described in the media as if they were part of nature, no less fundamental than gravity or solar radiation. We are expected to accept taxation without question, working only to manage the effects of taxes within the system as it is given to us: “Render unto Caesar what is Caesar’s” (what might Matthew say today about the colossal size and scope of our local, state and federal governments?). One of the most egregious of such taxes—once considered quite controversial—is the levy on capital gains.

In layman’s terms, a capital gain is simply the profit realized when an asset is sold, typically because the asset has appreciated in value. When you buy a nugget of gold for $500 and later sell that same nugget for $1,000, you realize a capital gain of $500. Regardless of whether you were lucky or smart with your timing, the government is ready to claim a considerable piece of your recognized gain.

In the United States, the capital-gains tax (“CGT”) goes back to 1913, when Congress imposed a new 7% tax on all income following ratification of the 16th Amendment.i “Income” then included what we separately call “capital gains” today. Despite well-funded legal challenges to the federal income tax,
the law prevailed.ii Over time, concepts of offsetting losses, varying brackets and duration-based levies were introduced, with the federal CGT rates ultimately treated as distinct from income tax.

Today, an individual’s CGT is based on 1) the length of time an asset is held and 2) the overall income of the taxpayer. There is also a higher bracket for paper gains, or unrealized gains, from past deductions of depreciation.

CGT may be an inherently inequitable taxation program. First, many assets subject to CGT are already subject to corporate taxation, namely shares in corporate stock. After the corporation is taxed, our dividends as investors are taxed again, followed eventually by a final CGT upon sale. Secondly, much of what we call appreciation could be actually attributable to inflation. In real economic terms, if we recognize a gain on an asset whose value merely kept up with inflation, we have not truly experienced the gain. Yet we are taxed as if we had.

Third, CGTs are borne disproportionately by enterprising American families who have endeavored to invest their post-tax income into assets that drive our economy, such as individual companies, investment funds and commercial real estate. Finally, CGTs are asymmetrical in that all current recognized gains are taxed immediately, while offsetting losses are capped and delayed. As some have said, a fair approach would allow for fully consistent treatment of both capital gains and losses.iii

To provide some degree of fairness to the original tax program, six years later the U.S. Supreme Court ruled that a capital gain cannot be taxed until a taxpayer actually realizes the income from the sale of the asset.iv It may seem amazing that we needed the highest court in the country to confirm what seems
like such an obvious result today. However, without confirming the concept of “realization” (aka “recognition” of gain), the IRS likely would have imposed taxes on our gains before we even receive any economic benefit from appreciation. This is the same rationale that drove state property-tax reforms of the 1970s and 1980s beginning with California’s Proposition 13—people should not be taxed on values they have not realized.

By 1921, Congress enacted the original law establishing “non-recognition” of income in a property transaction. Put simply, the government established the legal foundation for not recognizing a taxpayer’s capital gain as being taxable, under certain conditions. This law migrated through three different sections of the U.S. codes before settling in 1954 on §1031 of the Internal Revenue Code. The original wording was limited and not entirely clear, creating volumes of judicial interpretation between the 1930s and 1990s. Much of what we consider “§1031 law” came more from the courts than from Congress. Evidently the
early code sections were so ambiguous that judges, attempting to interpret the meaning of the statute, placed significant weight on the transcripts of discussions on the floor of the House.v

The core reasoning for non-recognition of gain in a §1031 exchange—continuation of investment—is sensible and straightforward, dating back to a 1934 report from the House Ways and Means Committee:
[I]f the taxpayer’s money is still tied up in the same kind of property as that in which it was originally
invested, he is not allowed to compute and deduct his theoretical loss on the exchange, nor is he charged
with a tax upon his theoretical profit. The calculation of profit or loss is deferred until it is realized in
cash, marketable securities, or other property not of the same kind having a fair market value.vi

You may wonder why we use the term “exchange” to describe selling one property and buying another. After all, in today’s typical §1031 exchange, there is no direct trading of assets. The original rules contemplated transactions in which two or more parties literally exchanged assets. These early transactions had quaint names like “three corner exchange”.vii In 1979 the Ninth Circuit, true to form, invented a new form of exchange: a transaction now could qualify for non-recognition treatment, even if the taxpayer delayed acquiring the replacement property for up to two years. This approach became known as a “Starker Exchange”, after the Oregon plaintiff-taxpayer in the case.viii Congress responded to the Ninth Circuit’s judicial legislation by enacting the familiar deadlines we know today: 45 days to identify and 180 days to close.

The U.S. Treasury Department was fairly slow to promulgate rules for §1031 exchanges. It was not until 1991 that Treasury published “safe harbors” for conducting an exchange (“safe harbor” means that, in the view of a regulating agency, you are in compliance of a statute if you follow certain guidelines that do not actually exist in the original law).ix Perhaps the most important safe harbor from the 1991 regulations is the use of a “qualified intermediary” to hold the proceeds of an exchange. With this and other rules now firmly in place, taxpayers (and their agents, accountants and attorneys) could proceed with greater
confidence in conducting transactions that serve to defer the payment of capital-gains taxes, by delaying the recognition of gains until a future transaction.
Since 1991, the IRS has published additional sets of important “safe harbor rules” regarding §1031 exchanges, including:
– Revenue Procedure 2000-37 (reverse exchanges and improvements)
– Revenue Procedure 2002-22 (tenant-in-common interests)
– Revenue Ruling 2004-86 (Delaware Statutory Trusts)
– Revenue Procedure 2008-16 (vacation rentals)
These guidelines were issued to provide more clarity and certainty for taxpayers conducting less conventional exchanges.

As of January 1, 2018, it is no longer possible to exchange intangibles such as broadband spectrums, fast-food restaurant franchise licenses and patents; nor chattel such as aircraft, vehicles, machinery and equipment, railcars, boats, livestock, artwork and collectibles. In other words, §1031 exchanges now are limited to real estate. This change marked a small victory for lawmakers seeking to chip away at tax-deferred exchanges.

On May 28, 2021, the Biden Administration released the Fiscal Year 2022 Budget, and the “General Explanations of the Administration’s Fiscal Year 2022 Revenue Proposals,” which is commonly referred to as the “Green Book.” Among several other tax increases, the Green Book included a proposal to drastically reduce the benefits of a §1031 exchange. Specifically, the White House seeks to impose a $500,000-per-person limit on the aggregate amount of gain that a taxpayer can defer each year, with any excess gain recognized in the year of the exchange.x

You may think this proposal is absurd, and would upend 101 years of established tax law. Further, such a change could have a chilling effect on the entire U.S. real estate economy and may cause thousands of jobs to be lost. Yet a handful of politicians continue to decry §1031 exchanges as a “loophole” for greedy landlords. Such critics hoped to strike a populist nerve during negotiations of the “Build Back Better” act, but cooler heads prevailed. The version of the act that passed the House (stalled in the Senate as of this writing) did not include any changes to IRC §1031.

At least for the near future, §1031 exchanges appear to be safe from legislative tinkering. In a properly structured transaction, you may continue to sell a rental property and purchase a replacement property without having to recognize the capital gains. A taxpayer may repeat this process multiple times, without limitation, until death, with the cost-basis of the property being “stepped-up” to its fair market value at the date of passing. But never take these real estate tax benefits for granted—there may always be politicians standing ready to strike another blow against IRC §1031, a valuable program
for landlords.

Much of this article was excerpted from the author’s book, How to Retire from Being a Landlord.

Because investor situations and objectives vary, this information is not intended to indicate suitability for any particular investor.

This is for informational purposes only, does not constitute as individual investment advice, and should not be relied upon as tax or legal advice. Please consult the appropriate professional regarding your individual circumstance. IRC Section 1031 is a complex tax concepts therefore you should consult your legal or tax professional regarding the specifics of your particular situation. There are material risks associated with investing in real estate securities including liquidity, tenant vacancies, general market conditions and competition, lack of operating history, interest rate risks, the risk of new supply coming to market and softening rental rates, general risks of owning/operating commercial and multifamily properties, short term leases associated with multi-family properties, financing risks, potential adverse tax consequences, general economic risks, development risks, long hold periods, and potential loss of the entire investment principal.