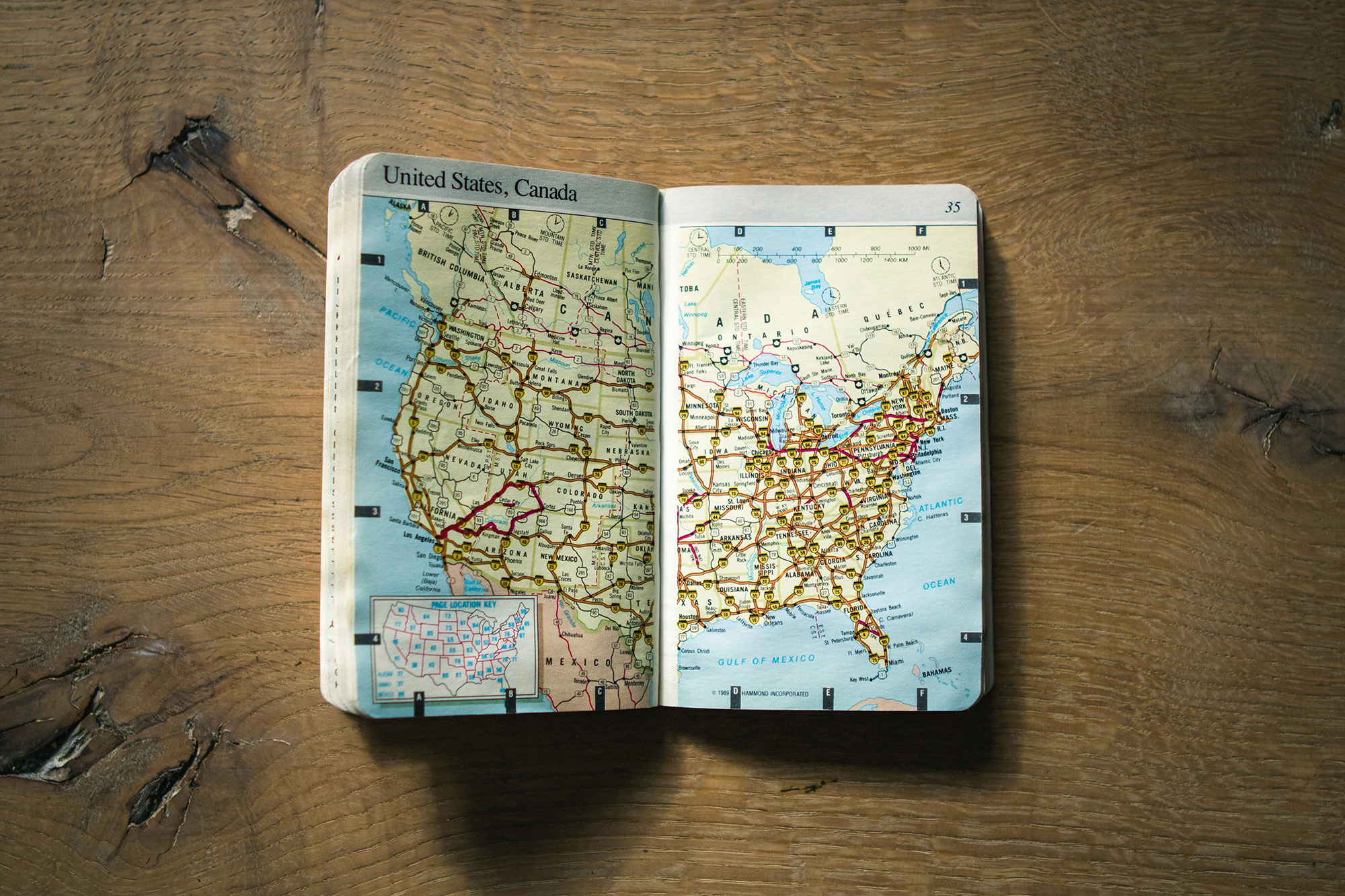 In decades past, the California Dream lured millions of people not only to come, but to stay. Between 1900 and 2000, the population of California doubled more than four times—from two million to 34 million, far surpassing the growth rate of the United States. My forebears were part of this demographic tsunami: my maternal great-grandparents migrated to California from the Midwest at the turn of the century, and my paternal grandparents came from Arkansas in the Dust Bowl. They helped build the societal and physical infrastructure that underpinned a prosperous and promising state economy.

As long as there is a Hollywood Walk of Fame, Golden Gate Bridge and Yosemite National Park, California will continue to attract tourists from around the world. Today, however, visitors who choose to stay will notice greater numbers of people heading the other direction. Since 2000, 2.4 million more people have left California than moved there.  Childbirth and international migration simply cannot replace the Californians moving to places like Arizona, Idaho, Texas and Oregon.  For the first time in its statehood, California will lose a congressional seat in 2023.

What is driving this historic shift? Beyond the generic “high cost of living” response, there is no simple answer, yet we can glean some causality from other significant trends. Starting in the mid-1990s, California lost a disproportionate number of military bases, and job loss in the critical aerospace industry followed. Meanwhile, public-sector employment costs in California have skyrocketed, with over 340,000 government workers now earning over $100,000 per year. An unfunded pension liability of $1 trillion places unrelenting pressure on Sacramento to raise taxes, as legislators are chronically unwilling to reduce expenses. California now is the highest-ranked state for capital-gains tax, income tax, sales tax, gas tax and business tax.

Taxation is only part of the story.  California is ranked near the bottom in the United States for business climate. Not including counties and cities, the state lists 149 types of businesses for licensing. As of 2020, California has more regulatory restrictions—395,608—than three average states combined. Employers in industries ranging from car manufacturing to film production have fled the state in recent years for less hostile territory. Undeterred, in 2018 California was the first state to impose stringent European standards on websites, and in 2019 was the second state to institute statewide rent control on residential landlords. This law includes the infamous “just cause” provision, which requires owners to make a legal case for evicting any tenant after 12 months of occupancy, regardless of whether a lease is in place.

But things are not all bad for California real estate investors. Regulatory and environmental restrictions, as well as labor and material shortages, make new construction more difficult and costly—this can mitigate the threat of new competing housing units. On the jobs front, the California Employment Development Department predicts strong growth over the next decade among software developers, personal care aides and other health care workers. Even if certain categories of private-sector job growth remain flat, state and local government payrolls inevitably expand. And people always will be drawn to California’s weather, despite alarming increases in wildfires and droughts. Especially in the Silicon Valley, many wealthy business owners will continue to tolerate high costs and earthquake risks to draw from a deep pool of educated workers and avoid rough winters or hurricanes.

COVID “bounce-back” statistics in California have given rental housing owners some cause for relief. In major SoCal markets like Los Angeles, San Diego and especially Orange County, the supply-demand imbalance in favor of landlords is returning to pre-pandemic levels. Up north, East Bay counties have benefited from the dramatic exodus by younger renters from San Francisco. Sacramento’s high concentration of still-employed public workers, along with an otherwise diverse economy and lower living costs, have contributed to record rent increases.

Perhaps more importantly, rental housing valuations in California seem to reflect the anticipation of future appreciation more than revenue growth. This positive bias helps explain why sellers—particularly of SFR rental properties—are experiencing a hot market. In the face of incontrovertible economic and demographic trends, some folks nevertheless believe that California real estate can only ever go up, up, up. Such “irrational exuberance” may sustain property values long beyond a period that conventional underwriting fundamentals may otherwise support. As in the stock market, betting solely on the optimism of future buyers can be highly profitable but inherently risky.

Due in part to the Californian diaspora, Arizona has shifted from Cardinal red to Barney purple. This trend certainly has some long-time residents grumbling, but the overall economic impact on the state has been positive. The explanation for Arizona’s success could be described as the opposite of California’s demographic decline.

Importantly, Arizona ranks in the best one-third of states for overall tax burden. This helped businesses maintain more employees after the pandemic started; in the summer of 2020 Arizona had the sixth-lowest unemployment-claims rate. Indeed, 137,000 jobs are projected to be created in Phoenix in 2021, the fastest annual growth rate since 1996. As of this month, Arizona led the entire nation in small business growth for the second month in a row. Large business also are important to the Phoenix economy. Major employers include such diverse companies as American Express, Intel, GoDaddy, Honeywell, Wells Fargo, Banner Health, Southwest Airlines, and a couple of upstarts called Amazon and Apple.

The growing number of retired Americans in cold-winter states makes the Southwest an increasingly attractive target for relocation or “snow bird” living. Anyone who visits Phoenix regularly will notice the semi-annual return and departure of Baby Boomers in the fall and spring. Many of those folks now opt to live in Arizona full-time, trading a “dry heat” in the summer for a snow-free winter. In many communities around the perimeter of Maricopa County, retirees from around the country can enjoy a comfortable, affordable living within their means.

On the landlord side of the equation, average apartment rents in the Phoenix area have increased for each of the last five years. This has not gone unnoticed. Investors have flocked to Arizona, driving down average apartment cap rates to 5%.  There are relatively lower hurdles for new construction in Arizona, which has led to more extreme boom/bust cycles in past years than other U.S. markets. As of July 2020, there were over 30,000 Phoenix-area apartment units slated for completion by 2023. While there is no shortage of buildable land, there is only so much water in the Grand Canyon State. Eventually, population pressures will force Arizonans to pay more for our most vital commodity, and this could have a long-term impact on continued economic growth.

Continuing to Thrive Along I-35

It has been six months since the Great Texas Freeze of 2021. In case you forgot the details, a portion of the polar vortex spread over southern Canada while something called the Arctic Oscillation pushed the jet stream as far south as the Gulf of Mexico, drawing a pool of very cold air over Texas. The result was snow and ice in a region not equipped for snow and ice.  In a state known for producing energy, the power grid failed in some locations and fuel prices temporarily went atmospheric. Over 200 deaths were attributed to the winter storm.

As a result, long-term reliability of the Texas power grid came into question. Further, the state’s lower-than-average vaccination rate likely is responsible for its higher-than-average hospitalization rate—many of Texas’ counties are now “hot spots” based on state data. And Hurricane Ida just brushed the southeastern edge of the state, reminding everyone of the risk of wind and flood damage in the Houston-Galveston corridor.

These headlines may distract investors from key demographic and economic data, including the fact that four of the 15 fastest growing U.S. cities are in Texas: San Antonio, Austin, Fort Worth and Frisco. Austin has been at or near the top of that list for a decade, attracting tech employers and new workers every day from around the country. These sunbelt cities benefit from relatively good weather and highly diverse economies. Texas also offers a very pro-business environment and no income tax. Like Arizona, Texas state law preempts mandatory inclusionary zoning and rent control, in sharp contrast to the West Coast.

According to Marcus & Millichap, the urban core in Dallas recently posted its strongest absorption of apartment units in more than 20 years. Rents are up nearly 10% (YOY) in downtown Austin. Vacancy is dropping across multiple submarkets in San Antonio. The major markets along Interstate 35 all are exhibiting positive signals for rental housing. Of course, competition from new construction is always a concern in Texas, especially in communities on the edge of development. COVID resurgence may hinder household development and job growth. Finally, the current political environment, while attracting many Americans, may give pause for other would-be Texans (or socially-conscious businesses considering expansion into the Lone Star State).

Bottom line—demographic trends are changing significantly. Sunbelt states now benefit from migration that formerly populated the West Coast. The gap between pro-landlord and anti-landlord states is wider than ever. Good weather and beach proximity may no longer compensate for systemic economic shortcomings. Favorable tax and business regulations lead to job growth, which in turn drives demand for housing. It is not safe to assume that the best markets of the last 20 years will be the best markets for the future. 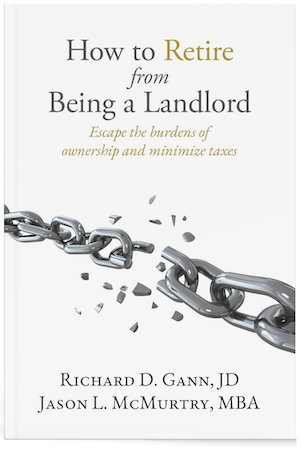